Why Do People Get Confused Between Affect and Effect?

The two words, affect and effect, are often used interchangeably. Since most people don’t give it much thought, it is used incorrectly, much more than almost any other pair of words in the English language.

Ironically, both words could not be more different in definition. But, even though they have very distinct meanings, they are so close in function that it’s not surprising people get confused between them.

Although it’s easy to use them incorrectly, it’s just as easy to memorize the difference once and for all. So here’s everything you need to know to do exactly that.

The Difference Between Effect and Affect

Unless you are a native English speaker, differentiating between affect vs. effect can be quite tricky. Some people even think using these words interchangeably won’t make a difference, but that’s a completely wrong thought. You need to learn the difference and how they can be used in different sentence structures.

The main difference arises in the way they’re most commonly used. The word “effect” is mostly used as a noun in a sentence, whereas “affect” is often used as a verb. Even though there might be exceptions to this rule, you can still use this trick when confused.

Another great trick to remembering the difference is that “affect” comes first in the alphabetic order, and similarly, an action (affect) has occurred before any result (effect).

Why Are They So Confusing?

Although they might not seem like much, there are a few major reasons that make people forget which word is correct for their context. Let’s highlight some of these confusing factors.

As is the case with other English words, there are exceptions to the norms when it comes to the words affect and effect. These exceptions are one of the main reasons why people get confused over them.

However, the verb form of “effect” is more common than the noun form of “affect”, which is used in psychological jargon. On the other hand, the noun “affect,” having stress on the first syllable (AFF-ect), means a mental state.

The second major reason people get confused about these words is their similar-sounding pronunciation since they are homonyms or sound-alike words. Typically people pronounce them both in the same way, which makes sense because even their correct pronunciation sounds alike.

If you want to pronounce them right, the trick is to stress the first syllables of each word. For affect, you have to say “ah-ffect”. While for effect, it’s more of an “ee-ffect”.

Examples of How to Use Them

The word “effect” means the outcome of an action that usually follows a cause. You might have heard people use “side effects” when referring to medication. In this sense, “effect” is used to denote the end result that occurs as a consequence of taking certain medications.

Besides being used as a noun, it also has a verb form that is not commonly used. The verb form means “to cause something to happen.”

Below are some examples of how to use “effect” in a sentence.

Most commonly, this word is used to describe something changed or influenced by another factor. It is basically an action word that emphasizes a change to something. The change can be in a positive or negative sense.

As mentioned, it is most commonly used as a verb and less commonly as a noun. The noun form is used mainly in psychological contexts to refer to the facial expressions and vocal intonations to enhance emotion.

Below are examples to help you better understand using “affect” in a sentence.

Know How to Tell Them Apart

If you successfully remember the meanings and differences between them, it will be easy to use the right one in the sentence. You can look at the following points to decide which to use in your writing. 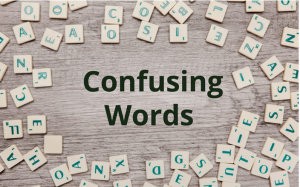 The words “effect” and “affect” come under the discussion of commonly confused words. The main reason is that they tend to sound similar, so people often mix them up in their writings. While other words look the same, it’s hard to remember how they differ.

Here is a list of most commonly confused words and how they differ other than effect and affect.

The word “loose” is an adjective that means to slack or weak. Whereas “lose” is used as a verb in a sentence that means to misplace an object or be deprived of something.

The word “lay” means to put down gently or carefully. It is used as a verb in a sentence. The word “lie” refers to rest or recline on a surface and is also used as a verb.

Why do companies prefer customized offices? Here are 5 reasons

Why You Should Consider Mussoorie For Your Dream Destination Wedding

Performance Marketing Campaign for Your Business

Why top talent is moving From traditional banks to FinTech